Try the Kindle edition and experience these great reading features: Share your thoughts with other customers. Write a customer review.

What other items do customers buy after viewing this item?

There was a problem filtering reviews right now. Please try again later. And best of all spoiler alert! Truth-telling is particularly relevant these days. One person found this helpful. A beautiful, fair and honest memoir about growing up in and after Fundamentalism. Many touching memories, some that must have been hard to write. I found many ways to relate to Susan's story, and remain encouraged to find there are others like me in the world.

A Story of Fundamentalism, Feminism, and the American Girl The title "Dating Jesus" elicit images which are seemingly counter-intuitive to one who is a-religious and fortunately, that is where the expectation ends; at the title. Campbell's autobiographical depiction of her life's journey with Jesus from her early years on would lead the reader to an almost certain conclusion, the story's ending alas was very thought provoking for it raised very interesting questions more than it answered.

For me it was simply this: Is that what love is? And making one that much more aware of those questions and others was the most satisfying gift Ms. Campbell's book has given. I imagine if "Don't Date Jesus" was the book's title instead of the current, I can think of many more interests being piqued because this book certainly obligates thinking and why its a delightful reading.

Growing up in the Bible Belt I could appreciate her story. My upbringing wasn't like that, but I feel like I knew girls at school for whom this was their life. I appreciated her honesty, but I did feel like she got list in the writing. There was a lot of talk of youth to adolescence -- but then we suddenly jumped to adulthood with no real explanation of her transformation from a young girl who felt like her boyfriend was Jesus to a very different adulthood.

There was a nearly full chapter that was like Bible study. But Campbell ended strong and the last page had the real gems about the real Jesus that she only found as an adult. Coming of age means understanding not only yourself but the people you have looked up to as a child. For a Christian, Jesus is the ultimate role model -- for Christian men and boys, that is. They can literally follow in his footsteps, become ministers of the Gospel, pastors, priests, deacons. How should a woman follow Jesus? This was the problem Susan Campbell faced. As she struggled with the teachings of her fundamentalist faith, she went back to the Bible, re-read it multiple times, focusing on the words of Jesus in the New Testament -- and discovered a disconnect between what her male-led religion had taught about Jesus and the actual words and actions of Jesus as recorded in the Gospels -- the Jesus of love and charity for all.

She concludes that as a child she loved a made-up Jesus -- "the wrong Jesus," in her words. And so begins her journey of faith and feminism. It may challenge your cherished opinions. But that's a good thing.


Susan Campbell is a compelling author! She is a great story teller and I enjoyed her tales of growing up in the Church of Christ. She uses her personal story as a springboard to talk about issues of relevance to the church of today. I couldn't help but feel a sense of saddness as I read. She has not yet found what she is looking for. However, I am glad that she is on the journey and was willing to share her experiences with her readers. Reading her book made me wish I could sit and chat with her.

Her openness is refreshing. This memoir as written by a vigorous intellect with a warm heart. If you still maintain a deep attachment to religion, but are disgusted with some of its fundamentalist variants, this is a book for you. It's funny, moving, and brain-enlarging. Not all memoirs are this well written. Some of the paragraphs feel like prose poems and invite a second reading. I have read short pieces of this book to my creative writing workshop as a writing prompt and it has encouraged participants to look deeply into their lives. 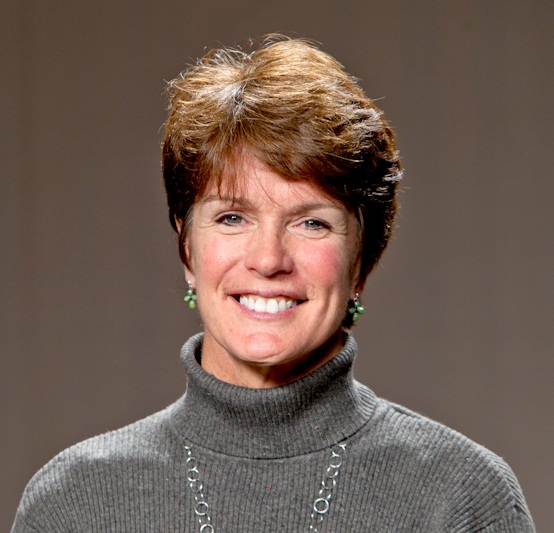 You won't see religion the same way after. Her strong fidelity leads her to stay celibate so much so she does not even date. And like many pre-teens, she begins asking more meaningful questions. The role of women in the church is quite different from that of men. Campbell begins to take note of it and sees that the differences are not fair in her own eyes.

She also goes on to allude to the relationship between women's plight as second-class citizens in religion and the feminist movement. She went from being a fervent Christian to feminist. There was never any middle ground for her. This could be said of other religious perspectives as well, but overall has to do with the way one was brought up. I would not necessarily blame her congregation or the Holy Book, but her choice to see Jesus in such an elite manner left her adrift when the rest of her life began to flow away from the church.

Nonetheless, when one has such a fulfilled, meaningful existence with religion, there is often difficulty coping with a non-religious life, it seems. What is there to fill that void? That is something the author struggles with and as such goes to the roots of her religious past to discover more about early feminist thinkers and theologians. The book is chock full of reflections on scripture. Her writing spans from the Old and New Testaments to supplemental literature. The author also rereads the bible. The rereading of the bible is something I have heard preached in many religious gatherings.

Interestingly enough, I understand that certain proverbs and sections will grab you more than others depending on what is going on in your present life. For Campbell, these teachings helped her cope with the fact that in her faith women would never be allowed to sit next to His Holiness on his throne. The follow-up to Martin's bestselling Primates of Park Avenue, Untrue, digs into recent scientific research and explains why monogamy may be a fool's errand.

As a piece of both cultural history and film history, David Byrne's True Stories takes its place alongside two other films from the mid-'80s that are also steeped in a surrealistic other-worldly place, Repo Man and Blue Velvet. Scholars finds New York duo Buke and Gase once again pushing categorical boundaries within their unique experimental pop identity. Although the Buzzcocks were a singles band, their overlooked second album, Love Bites , is still a solid effort, and it sounds better than ever on this reissue.

Esteemed producer Toro y Moi takes on new, funkier sounds with Outer Peace , but none of them quite transcend the overblown promise of his early chillwave fame. Here, Yob's Mike Scheidt meets with neurophilosopher Christopher James Stevens to discuss music and mystical experiences. Speaking truth to those who mistreat or abuse others, pop artist Tishmal wrote "You're Afraid" to empower those who have been hurt or marginalized. Here's what you have to look forward to. Popmatters is wholly independently owned and operated. Books Dating Jesus by Susan Campbell.

Campbell outlines the seduction in detail -- and documents her questioning as she begins to turn away from her lover as a teenager and later in life.